A story of culture and crafts, heart and brain, research and technique. Bilumen today is the meeting point of Giorgio Brambilla and Simone Mariotto, two competent, reliable people, united by a passion for light. A team of young talents works with the two "principles," each with specific skills, knowledge and energies. 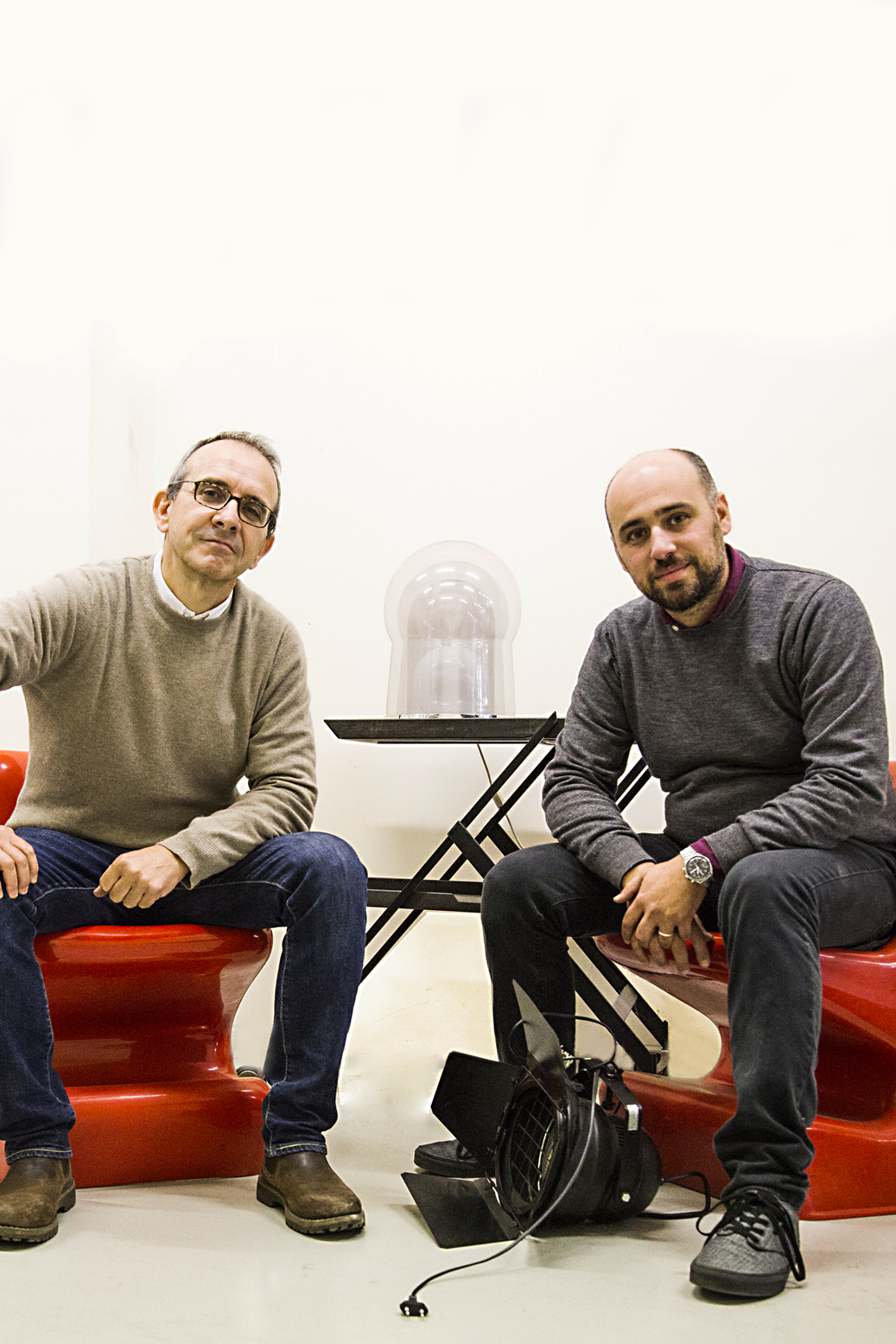 Giorgio Brambilla was born in Milan in 1958, and got his training in that city: art school in the 1970s, then studies at the Milan Polytechnic, taking a degree in Architecture; this education was combined with less formal training, working on crafts, mechanical and electrical systems, electronic experimentation, lights and sounds. In the spring of 1985 he met the architect Piero Castiglioni (one of the most important lighting designers on the international scene) who taught him the passion for light and its magic, as well as the values of experimentation and study. Until 1989 he worked with Castiglioni, where he had the opportunity to learn a style and an approach to technical lighting design and architecture, also working on museum projects like the Gare d'Orsay, Palazzo Grassi (where the famous “Cestello” was created in a collaboration between Gae Aulenti and Piero Castiglioni) and Centre Pompidou. In 1989, together with colleagues from that time, he founded Metis Lighting, a lighting design studio, which he recalls as a period of hardships but incredibly full of enthusiasm and passion, projects filled with great courage, poetry and creativity. In 1996 he formed his own company to focus completely on the design and production of custom lighting fixtures. He specialized in the world of high-end retailing, until 2000, creating lamps and fixtures for all the Gucci stores in Italy, Europe and the Middle East. In 2003 he organized and directed the Contract Division of Nemo Italiana Luce, the lighting company of the Cassina Group, for one year. In 2004, with Simone Mariotto, the two decided to combine their experience, becoming designer-entrepreneurs, founding Liteq Design Srl, and in practice inventing a new role: designers and builders of “light made to measure.” In 2009, with the acquisition of the brand BILUMEN, and then with the creation of BILUMEN Srl, a project of corporate construction began in which to join a legacy of specific experience with a brand with deep roots in the history of Italian design. Brambilla has cultivated two great passions in the past: he was a mountain climber and sailing instructor until the birth of his two children. Now he devotes his free time to the invention and production of luminous artworks. 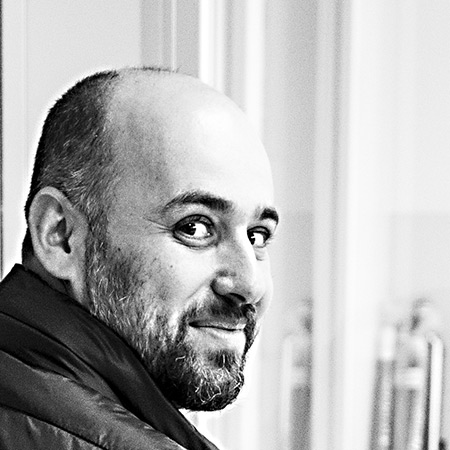 Simone Mariotto was born in 1974 in Milan, where he was one of the first young people to train in the Degree Program in Industrial Design of the Polytechnic, where he took a degree in 1999 and continued to work as a researcher on the design of LED lighting fixtures. He completed his thesis in California at the Powerlight Corporation in Berkeley, a company where he continued to work as a designer. After returning to Italy, he worked with iGuzzini as a lighting designer and product designer, specializing in the world of fashion retail and custom products. After other professional experiences with some of the most important Italian lighting companies, in 2004 he met Giorgio Brambilla, and together they founded Liteq Design, a studio of lighting and product design specializing in the production of limited editions of special lamps, with a primary focus on the world of fashion.
In parallel to the intense efforts required for the growth of Liteq Design, he began a series of important collaborations on an academic and institutional level that led to involvement as a speaker and organizer of events in Italy and the world, including – for three consecutive years – Light + Building Moscow: Interlight, and many conferences promoted by ReedEventi Business, IIR Istituto Italiano di Ricerca and Lumen Forum, the latter organized by ASSODEL-Tecnoimprese, the association with which he works also works as a member of the steering committee. Starting in 2011, he has been a teacher and thesis advisor in Lighting Design at the Department of Interior Design of IED, the Istituto Europeo di Design in Milan. He has written many articles for Italian and foreign magazines specializing in the world of lighting, including LEDin, LED professional, Luce e Design, Professional Lighting Design and Retail Tech. In 2009 Liteq Design acquired BILUMEN and a new adventure began. A former musician, he was part of a well-known darkwave band from 1994 to 2005, with a large following on the Milan underground scene. Beyond the world of work, he enjoys vintage motorcycles, personally restoring and driving the vehicles he loved best in his youth.

Born in Milan, he graduated in 1998 at the Milan Polytechnic in Architecture with a specialization in Industrial Design.
For more than twenty years he has been working as a Product Designer in industrial realities, specializing in lighting fixtures, both designing series products, some of which have become icons of design, and creating special and large installations. During his professional career he had the opportunity to deal with different technologies and materials, preferring constructive simplicity to optimize the production process, but above all with the aim of making everyday objects easily usable by the end user.

Martina Biblioteca was born in Cantù in 1991, she began her studies at the Milan Polytechnic in Industrial Design, completing them with a master's degree at the IUAV in Venice. She likes to frequent different contexts that allow her to have a 360 ° view of the design. She began her career in the field of events and exhibition stands and then moved into the world of lighting discovered thanks to Bilumen.

Olga Bezverkhaya was born in Omsk, Russia, in 1988. She graduated with honors in Interior Design at IED Milano, after taking a Design diploma at the Omsk State Institute of Service (Russia). She has worked on interior design, product design and graphics, focusing on the interaction between forms, colors, and the sensorial and emotional characteristics of people. She believes design should be expressive and evocative, but also functional at the same time. She has found all these values in the lighting design environment of Bilumen.

Matteo Facciolla was born in Trieste in 1983, his training is oriented to the field of Architecture and Design. He took a degree in Architecture and Construction Production at the Politecnico di Milano. In 2009 she specialized in the lighting sector by attending the Master in Lighting Design at the Milan Polytechnic. His career is divided into various leading companies in the Lighting sector, at Bilumen he mainly deals with lighting design and project management with a focus on energy saving, HCL (Human Centric Lighting) e il Design.

Guido Aliffi was born in Siracusa in 1974. A music lover, he took a degree in Industrial Design at the Milan Polytechnic. After having worked as an assistant with Jacopo Foggini, he set off on his own as a self-producer. All his ability and experience as a maker is now available to Bilumen, where he is in charge of production and prototyping. 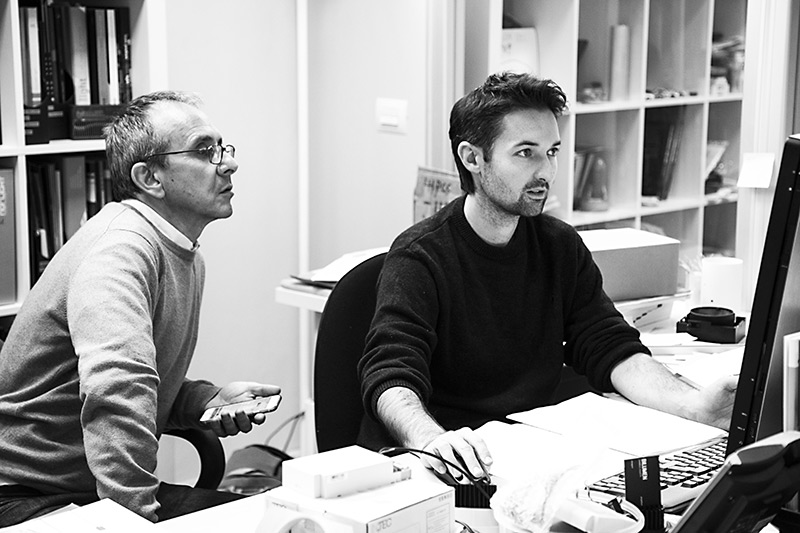 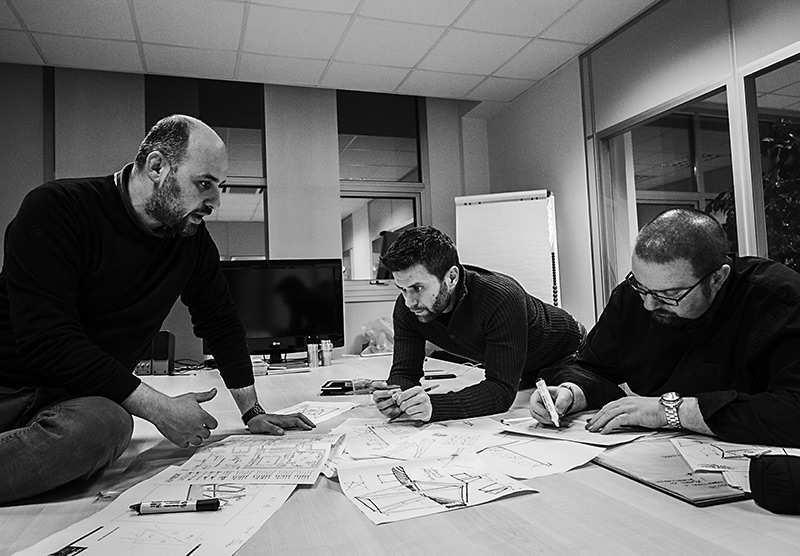